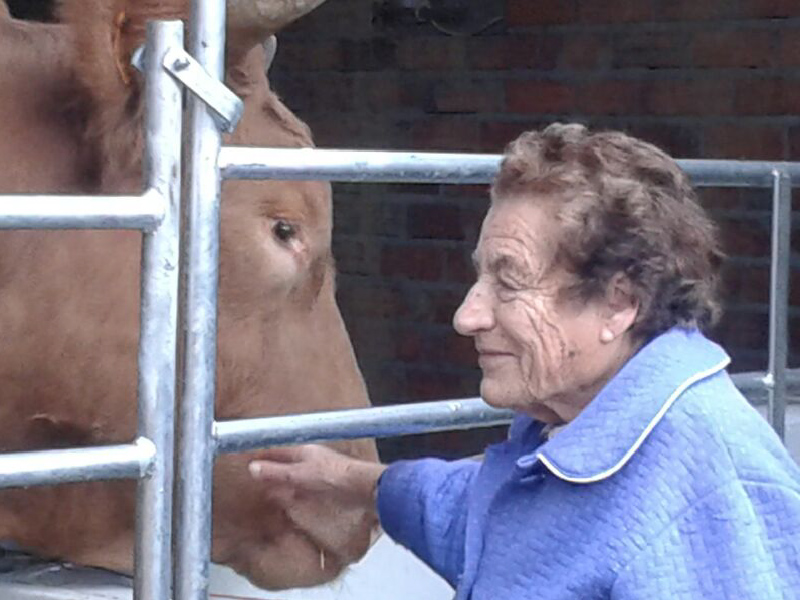 It was Elvira’s birthday recently. Elvira is Jose’s mother, and she died a couple of years ago. She is shown here in the photo with Pezuñas. It was an immense beast, but she was the first one to give it a smack when it ran around, happily going where it shouldn’t. Today, in this first post on our blog, I would like to talk about her. She was never seen in the photos, but she was also powerful, like El Capricho and Jose. Thanks to her probably, El Capricho is what it is today; it is difficult to explain or express, but everything we do, or don’t do, must go somewhere; when she cooked so well, when she made maragatos for her son (figures made out of bread dough), when she made slow-cooked tortillas for the Asturians.
She was also the one who won the toss over the inheritance of the winery. Pedro, her husband, has told us about it several times, proudly; they call him ‘Pin’ here in the village.
Pedro, we will never have another public relations like you. We love you.